This program was an idea I totally stole from TikTok! And it turned out even better than I expected!

Y’all know that beginning-of-the-year build that middle school teachers do? With gumdrops (or mini marshmallows) and toothpicks?

Think that concept… but instead of toothpicks, you use different kinds of crackers and pretzels. And instead of gumdrops, you use cans of Cheez-Whiz! 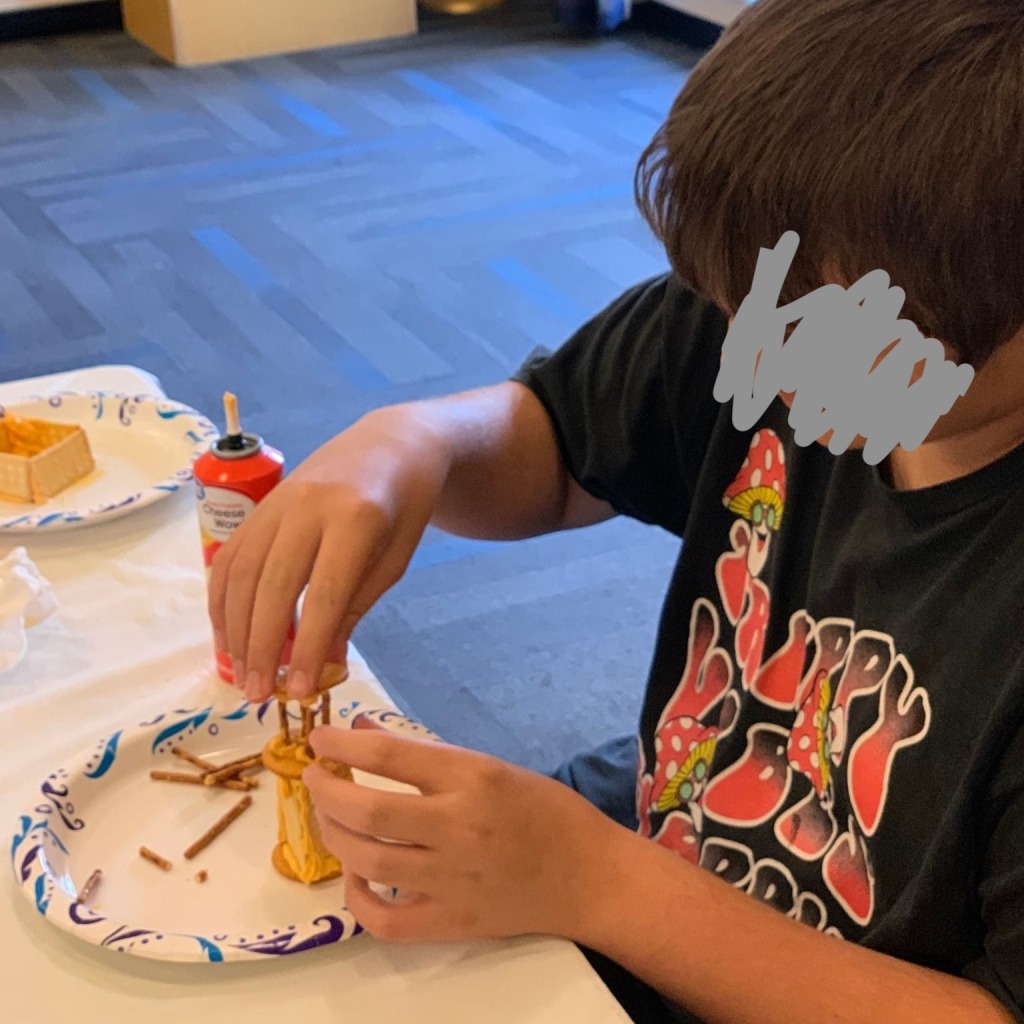 We started off easy with the building challenges. I had small rubber-y/plastic animals, and they had to make a doghouse for whatever animal I gave them.

We progressively got harder: challenge number 2 was a lighthouse. Then, a bridge that a LEGO car can go across

The last two challenges, I had them work in teams, and I passed out famous structures that they had to recreate. These were Hard (challenge 4) and Harder (challenge  5). They actually did super well!

And for those so inclined, I included an Encyclopedia Britannica blurb about each structure, which ranged from well-known ones like the Leaning Tower of Pisa and Big Ben to ones that aren’t as well-known in general American purview like Wat Phra Si Sanphet in Thailand and Sucevița Monastery in Romania.

Have my program plan!

Have slides of the famous structures!

Have you had any programming wins from watching TikTok? Share them in the comments below!